Millions of people play table tennis worldwide, too, for many reasons. It is an entertaining hobby and an ideal way to support health. Since it has a low risk of injury and harm, people of all age categories, fitness levels, and health challenges can benefit from this game. If incorporated into the routine, it will improve hand-eye coordination, reflexes, footwork, balance, and strengthening the core muscles and agility. Apart from being an ideal sport for physical activity, it is beneficial for mental health. Planning strategies and analyzing the next move helps keep the brain sharp and robust. Decisions are made in a split second, so the brain demands extra concentration and focus, increasing decision-making ability. Individuals can revel in this game in a local club with friends and acquaintances, strengthening social links. However, learners need to be well prepared and thoroughly versed in the rules and regulations required to play this game efficiently.

Table tennis requires determination and incorporation of routine exercise to sail through the game. Physical exertion and mental constancy can help secure maximum points in the game. Playing tactically and strategically and using offensive methods during the play can help acquire victory. One of the strategic moves in table tennis is known as the loop. It is defined as a heavy topspin shot by grazing the ball upward and forward. We can perform the loop through forehand or backhand, but most players prefer playing it by a forehand technique. The modern game of table tennis has mostly seen this tactic as players play it very fast, sending aggressive loop shots, which is also known as an attacking or offensive style of play. Loop shots are incorporated into the space to minimize the opportunity for their opponent to react offensively.

How Do You Make A Loop In Table Tennis?

To make a loop in table tennis, you need to produce a stroke that generates a lot of topspin.  The loop can be the forehand loop and the backhand loop. To achieve these loops, a player needs to perform the forehand and backhand with additional spin and speed.

To make the forehand loop in table tennis, the following will be required:

To make the backhand loop in table tennis.

How Do You Dominate In Table Tennis?

To dominate in table tennis, you need to do the following things:

How Do You Hit A Forehand Loop In Table Tennis?

The loop is labeled as a well-played stroke because of the heavy spin it generates. The heavy topspin slows the ball to bend or curl downwards on the table but also at a fast speed. The loop is a combination of speed and spin, makings it a very skillful and lethal shot for the opponent. The rate sometimes overpowers the photo since it bounces back to the table. With proper training and practice, players can create an influential loop stroke upsetting the opponent’s game. Many players invest time and energy in improving their forehand loops but overlook backhand loops. This hurts the game as depending on one type of loop can hamper securing winning points. Shakehand players have a natural backhand loop compared to penholders who do not possess a backhand loop. However, many penholder players have started to work hard by using the back of their penhold racket. The backhand loop is comparatively easier to learn and can be performed against any shot. The backhand loop has a significant advantage over the forehand loop, which is the performance of a wrist loop. In this technique, the player’s wrist loop a short ball on the backhand side, which is challenging to do compared to the forehand side.

The leg muscles should be triggered as this will grant sturdiness and solid support, allowing you to move freely by keeping the upper portion relaxed. The center of gravity should be low, with the upper body being slightly curved or bent. Try not to stiff your shoulders. To sum up, there should be an ideal balance between the upper and lower body. Practice making a triangle between the shoulders and hands by reaching in the front with both arms joining them together. Twist gradually aligns this position with the feet. Adjust the feet while playing a forehand play so that the ball enters the triangle made.

The motion of the forehand loop is similar to the forehand drive. The forehand drive can be performed straight, but we should lower the body and arms to execute the forehand loop. The hitch requires shifting the body weight to the right foot and then to the left after making contact with the ball. Try rotating and twisting from the wait, not from the shoulders, and add elbow action. The player should perform the function instantly and quickly by brushing the ball more as we can implement the drive without spin. We should complete a loop with more spins than speed.

There are three basic types of loops.

Suppose players are interested in striking with an amalgamation of a forehand loop and a forehand drive. In that case, the rules are practically the same, which involves making a “Z” shape in table tennis. We should do this particular shape between the racket and the forearm. The total power is shifted from the body to the noise, transferring it to the ball. The loop is a challenge for beginners but can be mastered with regular practice. It requires fast brushing of the ball, which apprentices cannot perform. 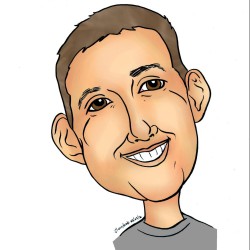 What Are The Basic Rules Of Table Tennis? – Text Rules and Video Can Sneakers Be Used For Tennis? – Tennis shoe vs. Sneakers What Color Are Standard Pool Balls? How Do You Rack Pool Balls In Order? – With Pictures! What Are Some Of The Best Wrestling Moves? How Many Basic Basketball Skills Are There? What Does Pancaking Mean In Football? What is The Difference Between Titleist AP1 AP2 and AP3 irons? Does Senior Flex Make A Difference? What Are The 10 Positions In Slow Pitch Softball? What Are 7 Irons Good For?

Continue Reading
link to How Can I Improve My Table Tennis Fast?